You are here: Home / Personal Finance / The Impact of the Bank of Japan’s Decision on CFD Traders

The Bank of Japan has caught the attention for all stock markets. Their decision on monetary policy will have a lot of influence on global markets and economy as a whole. The Bank of Japan recently moved assets by the millions, causing changes in sovereign debt and trading funds. Seeing as this did not realise their goal of annihilating deflation, this bank went ahead to target the yield curve.

While working to maintain 10-year bond yields at zero, the bank also hopes to keep flattening rates at a minimum. This is a big decision that will most likely affect the bank’s profits, but what exactly does this mean for financial markets, and more specifically, for CFD traders? In case the plan drafted by the bank fails, is there a way that these traders can rise above the losses and find their ground again?

After the decision was made public to stock markets, the bank was moved in two directions at once. While a new policy was set, the bank still maintained its old one. This suggests an internal conflict within its bounds that will obviously come to affect the entirety of the financial market. The target was initially set at maintaining a 2% rate of inflation, but even as the bank has been working towards this target, it has fallen behind its expected schedule.

This decision came as a much needed release for CFD traders who had been forced to withdraw their bets from the U.S. market following a decision by the U.S. Federal Reserve Policy to hike interest rates.

The Japanese bank maintained its negative interest rates at 0.1%, opting to instead purchase long-term government bonds and keep their yields levels at zero percent. The equity market will also benefit largely from this, and for the markets that deal in the buying and selling of bank stocks, their CFD traders will have an advantage.

These advantages are only expected to last for a while. After the dust clears, the Bank of Japan will experience losses, and so will the market. The current trading rate for the dollar is 102.78 yen. The European Euro dropped to a trading rate of 101.79 yen. The value of the yen has risen ever since its loss earlier in the year, but as mentioned, this will not last for long.

The bank’s decision is seen as a disappointment by most traders. The Bank of Japan may have changed its target and is now focusing on maintaining the yield curve at zero, but the methods it is using to achieve this new goal remains unchanged. The results are bound to be the same; increased deflation rates. 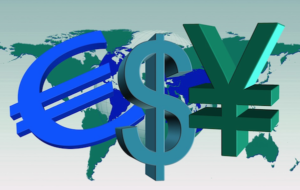 For as long as the decision holds, traders are advised to take advantage of the volatility present in financial markets. With interest rates expected to rise in December, the bank’s decision could not have come at a better time. For a long time now, the yen has been outperforming the dollar because of the ‘safe haven’ illusion that the Japanese government gave traders after cutting its interest rates into negative territory.

According to CMC markets, the USD/JPY combination has been declining because of the increased strength of the yen. The Bank of Japan is threatening to cut the interest rates to 0.25% from 0.1% so as to weaken the currency by a small percentage. Traders are however stubborn to withdraw their investments from Japanese government bonds given that it is considered a less risky asset.

Analysts are trying to persuade traders that the plan put into place by the Bank of Japan is not solid enough and sooner or later, it will fail. Given the strength of the yen, the market in Japan is threatened and soon enough, the attempt by the central bank to stop deflation will fail. The bank’s attempts are predicted to tighten the monetary policy instead of loosening it, and therefore, instead of weakening the yen, the bank’s decision could end up making it even stronger.

To this end, an attempt to maintain the yield curve at zero will only lead to steepening levels of this curve. Despite the positive outlook, CFD traders need to consider all the aspects before betting on the Japanese yen.